The Cube Fixed Board

The Cube continues with the FMU + IO architecture from the previous generation, incorporating the two functional blocks in a single physical module.

The Cube has eight PWM outputs that are connected to IO and can be controlled by IO directly via R/C input and on-board mixing even if FMU is not active (failsafe / manual mode). Multiple update rates can be supported on these outputs in three groups; one group of four and two groups of two. PWM signal rates up to 400Hz can be supported. These 8 PWM's are output ONLY and are capable of driving up to 50mA each, but only a total of 100mA for the 8.

Six PWM outputs are connected to FMU and feature reduced update latency. These outputs cannot be controlled by IO in failsafe conditions. Multiple update rates can be supported on these outputs in two groups; one group of four and one group of two.

PWM signal rates up to 400Hz can be supported.

All PWM outputs are EDS-protected, and they are designed to survive accidental mis-connection of servos without being damaged. The servo drivers are specified to drive a 50pF servo input load over 2m of 26AWG servo cable.

the I/O PWM outputs can also be configured as individual GPIOs. Note that these are not high-power outputs – the PWM drivers are designed for driving servos and similar logic inputs only, not relays or LEDs.

The initial base board features separate connectors for each of the peripheral ports (with a few exceptions.

Five serial ports are provided. Serial 1 and 2 feature full flow control. Serial 3 is recommended as the GPS port and has the safety button and (possibly the safety led) as well as I2C for the compass and RGB LED. Serial 4 also has I2C, but on the second bus, thus allowing two compass modules to be connected at the same time. Serial 5 is available as a header underneath the board. Serial ports are 3.3V CMOS logic level, 5V tolerant, buffered and ESD-protected.

The SPI port is not buffered; it should only be used with short cable runs. Signals are 3.3V CMOS logic level, but 5V tolerant. SPI is only available to test points on the first base board, along with a CS and INT pin.

Analogue 1-3 are protected against inputs up to 12V, but scaled for 0-3.3V inputs. The RSSI input supports either PWM or analogue RSSI. This input shares a pin with S.Bus output - only one may be connected at a time.

CPPM, S.Bus and DSM/Spektrum input are unchanged from previous versions.

The CAN ports are standard CAN-Bus; termination for one end of the bus is fixed on- board. Drivers are on-board the FMU

The piezo port will drive most piezo elements in the 5 - 300nF range at up to 35V. it is intended to be extremely loud, with the achievable sound pressure level limited by the sensitivity of the piezo element being driven.

I2C is direct driven, un-buffered, and pulled up to *3.3v on-board* the FMU

All flight sensors in The Cube are connected via SPI.

IMU1, Non-Isolated IMU2 & 3, Isolated Data-ready signals from all sensors are NOT ROUTED on the Isolated IMU

The Cube removes the power management from the FMU, the Servo rail is no longer the primary source of backup power for the FMU, and it leaves it there for the IO last chance failsafe.

Both FMU and IO operate at 3.3V, and each has its own private dual-channel regulator. As in Pixhawk v1, each regulator features a power-on reset output tied to the regulator’s internal power-up and drop-out sequencing.

Power may be supplied to The Cube via USB, via the power brick port, or the second brick port. Each power source is protected against reverse-polarity connections and back-powering from other sources.

The FMU + IO power budget is 250mA, including all LEDs and the Piezo buzzer. Peripheral power is limited to 2.5A total.

USB IS NOT RECOMMENDED IN FLIGHT ON Nuttx code

The brick port is the preferred power source for Cube, and brick power will always be selected if it is available.

The Cube supports both standard (5V) and high-voltage (up to 10V) servo power with some restrictions.

IO will accept power from the servo connector up to 10V. This allows IO to failover to servo power in all cases if the main power supply is lost or interrupted.

FMU and peripherals will NOT accept power from the servo connector.

The Cube introduces a backup power port; this is set up the same as the primary power input.

At input voltages over 5.7V power is locked out.

The Cube and peripherals combined may draw up to 2.75A total when operating on Aux power, provided that the Brick or other power source can supply the required current.

Power is never supplied by The Cube to servos.

The I/O chip takes power up to 10.5v from the servo rail; this is used to revert to manual mode in the unfortunate event that the other two main sources of power fail. This is only useful for plane, and only useful if the I/O chip has been mapped correctly.

Power from USB is supported for software update, testing and development purposes. USB power is supplied to the peripheral ports for testing purposes, however total current consumption must typically be limited to 500mA, including peripherals, to avoid overloading the host USB port.

When more than one power source is connected, power will be drawn from the highest-priority source with a valid input voltage.

In most cases, FMU should be powered via the power brick or a compatible off board regulator via the brick port or auxiliary power rail.

In desktop testing scenarios, taking power from USB avoids the need for a BEC or similar servo power source (though servos themselves will still need external power).

For each of the components listed, the input voltage ranges over which the device can be powered from each input is shown.

The Cube provides power routing, over/under voltage detection and protection, filtering, switching, current-limiting and transient suppression for peripherals. Power outputs to peripherals feature ESD and EMI filtering, and the power supply protection scheme ensures that no more than 5.5V is presented to peripheral devices. Power is disconnected from the peripherals when the available supply voltage falls below 2.7V, or rises above approximately 5.7V.

Serial 1 (TELEM 1) has a private 1.5A current limit, intended for powering a low power. This output is separately EMI filtered and draws directly from the USB / Brick inputs. Peak power draw on this port should not exceed 1.5A, which should be sufficient for a 20dBm transmitter of reasonable efficiency.

All other peripherals share a 1A current limit and a single power switch. Peak power draw on this port should not exceed 1.5A. Each group is individually switched under software control.

The Spektrum / DSM R/C interface draws power from its own regulator, rather than from either of the groups above. This port is switched under software control so that Spektrum / DSM binding can be implemented. Spektrum receivers generally draw ~25mA.

S.Bus and CPPM receivers are powered by a dedicated power supply. Please do not connect any servos to this power, only an RX by itself.

Both the FMU and IO microcontrollers feature Capacitor-backed real-time clocks and SRAM. The on-board backup Capacitor has capacity sufficient for the intended use of the clock and SRAM, which is to provide storage to permit orderly recovery from unintended power loss or other causes of in-air restarts. The capacitors are recharged from the FMU 3.3V rail. this will only function in the event of software existing to support this feature.

The battery voltage and current reported by both bricks can be measured by the FMU. In addition, the 5V unregulated supply rail can be measured (to detect brown- out conditions). IO can measure the servo power rail voltage.

Over-current conditions on the peripheral power ports can be detected by the FMU. Hardware lock-out prevents damage due to persistent short-circuits on these ports. The lock- out can be reset by FMU software. The under/over voltage supervisor for FMU provides an output that is used to hold FMU in reset during brown-out events.

EMI Filtering and Transient Protection (on the normal Base Board, must be specified for externally supplied base boards.)

EMI filtering is provided at key points in the system using high-insertion-loss pass- through filters. These filters are paired with TVS diodes at the peripheral connectors to suppress power transients.

Reverse polarity protection is provided at each of the power inputs. USB signals are filtered and terminated with a combined termination/TVS array.

Most digital peripheral signals (all PWM outputs, serial ports, I2C port) are driven using ESD-enhanced buffers and feature series blocking resistors to reduce the risk of damage due to transients or accidental misconnections.

Scope of this Document

This document covers the complete interface standard and core mechanical, electrical and external connection options of The Cube module series. Sections marked as LT (long term) are intended to be kept stable to isolate vehicle from autopilot revisions.

Power Module: Molex Clik-Mate 2 mm for both main and backup power(on bottom of board?) 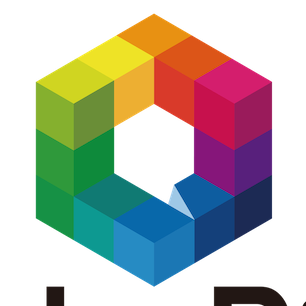 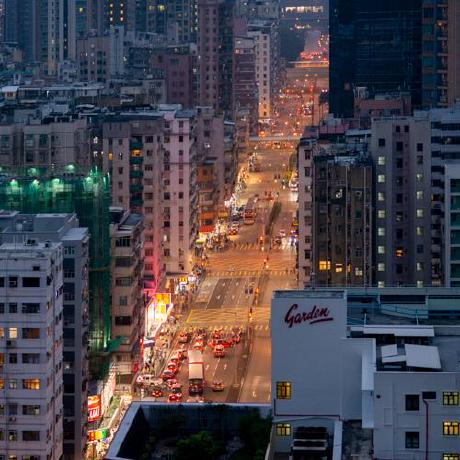